Volvo Cars’ sustainability day in Gothenburg on Thursday concluded with awarding the international Volvo Cars Quality of Excellence prize. The prize is based on performance in 2017 and was awarded to over 40 qualified suppliers. Several hundred participants from all over the world were there, including Marcus Wiklund and Clas Svensson from Green Cargo. Along with the other nominated suppliers, Green Cargo had the honor of accepting the Volvo Cars prize.

“The vehicle industry is known for its high standards regarding quality and sustainability. Volvo Cars is very good at quality and sustainability, which makes it an even more gratifying honor to be declared one of their qualified suppliers. Out of ten or so international suppliers within logistics, Green Cargo was the only railway company. The prize is proof that we’re among the best in the industry,” says Clas Svensson, Product Manager at Green Cargo.

The Volvo Cars Quality Excellence Award is an honor that distinguishes suppliers the world over that meet the high expectations of Volvo Cars. Factors that are considered encompass cost awareness, resource efficiency and innovation, as well as supporting Volvo Cars’ core values and consideration for the environment.

The prize is also based on fundamental quality guidelines for assessing the supplier’s delivery capacity and ability to collaborate in the long term. For Green Cargo, this distinction is a result of long-term engagement with Volvo Cars and proof of a continuous strive towards a robust supply chain.

“There are a lot of people at Green Cargo who made this possible — fantastic teamwork! We’ve worked systematically with Volvo Cars for many years. In the beginning it was designing more robust traffic plans, and since then we’ve continuously worked to eliminate discrepancies and to improve communication,” says Marcus Wiklund, Sales Manager at Green Cargo.

Green Cargo runs 400 freight trains each day, which is equivalent to the capacity of approximately 10,000 truck transports. We serve 270 locations in Sweden and the major cities in Norway. In cooperation with other operators, we reach thousands of locations in Europe. Green Cargo is the only nation-wide freight transport company that meets the standards set by the Swedish Society for Nature Conservation for freight transports (Bra Miljöval). Green Cargo is owned by the Swedish state. The Group has approximately 1,900 employees and annual revenue of SEK 4,3 billion (2017). www.greencargo.com 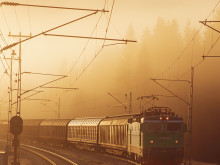 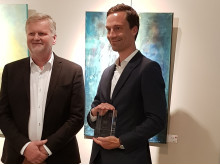